I swear this Teff porridge tastes a lot like “Malt-o-Meal.” Given that this whole grain has been used in Ethiopia for thousands of years, I am convinced Teff was probably the original “Malt-o-Meal.”

If you’ve had Ethiopian food, then it’s very likely that you’ve tried Teff before. When ground into flour, Teff is used to make injera— a fermented bread that is eaten with different sauces (like curries). The grain is more seed-like and can be used for porridges and stews.

Adding unsweetened plant-based milk (like almond, coconut, or soy), with banana and/or dates, cinnamon, nutmeg, ginger, and chopped walnuts or almonds are a great way to jazz-up Teff and make a tasty, healthy breakfast!

When I made my teff porridge, I started following this Maple Walnut Teff Porridge Recipe from Oldways, but added more plant-based milk  and thought that a warmed banana would taste lovely in it too.  I also used cinnamon (to taste) and a little nutmeg instead of cardamom— turns out I don’t have cardamom in my pantry. Well, it was delicious! By the time I was done adding more plant-based milk, I found that the recipe made enough for at least 2.5- 3 people. I highly recommend adding more plant-based milk to the recipe if you want more of a creamy dish, and adding 1-2 bananas and/ or a few chopped dates to naturally sweeten it up. This makes it taste like banana bread.

Contrary to the book the Grain Brain (which honestly, I haven’t read)— whole grains are not the cause of Alzheimer’s disease. We can look at research of populations where people have had the low rates of Alzheimer’s disease— and see how diet changes impact disease outcomes.  When countries start to adopt “westernized” food patterns — more animal products, less plants— they start to see rates of chronic diseases like we see in the U.S. Whole grains have been found to lower risk for heart disease ,  type 2 diabetes, and colon cancer. 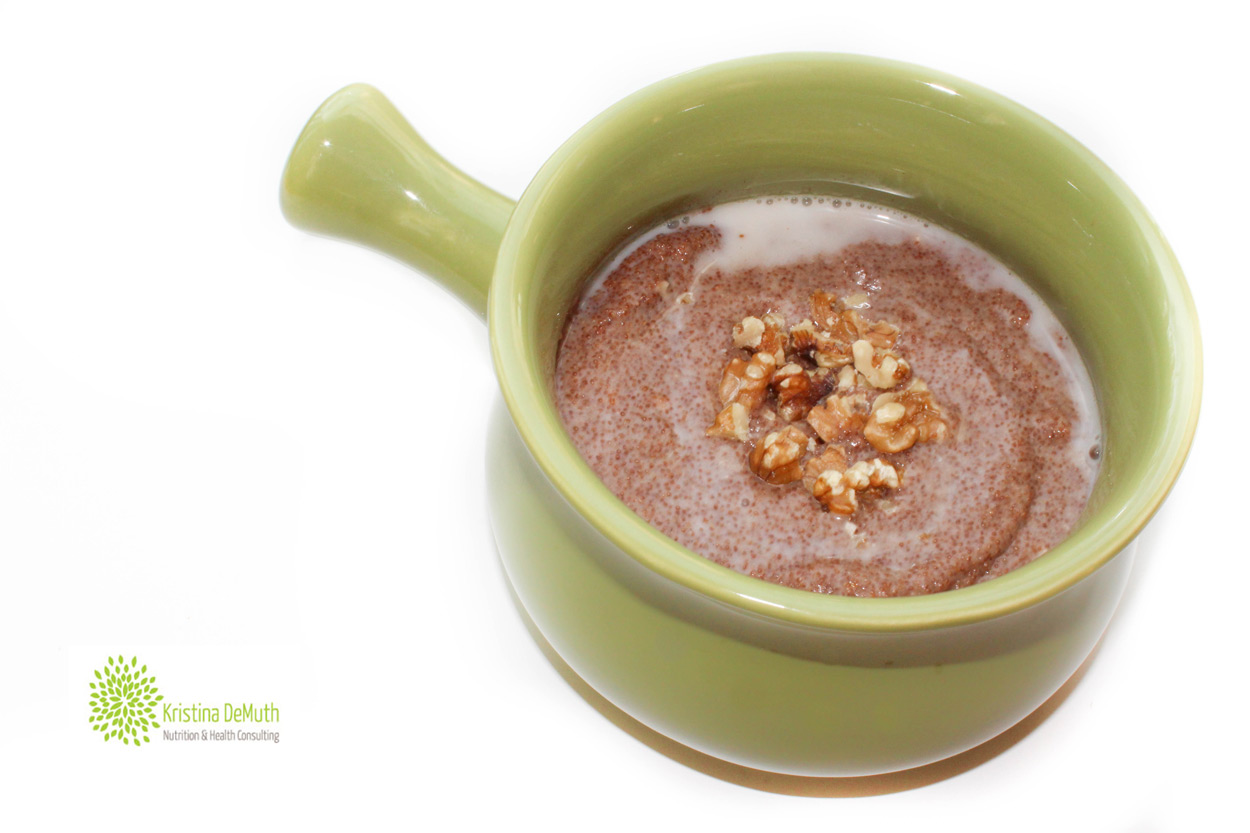