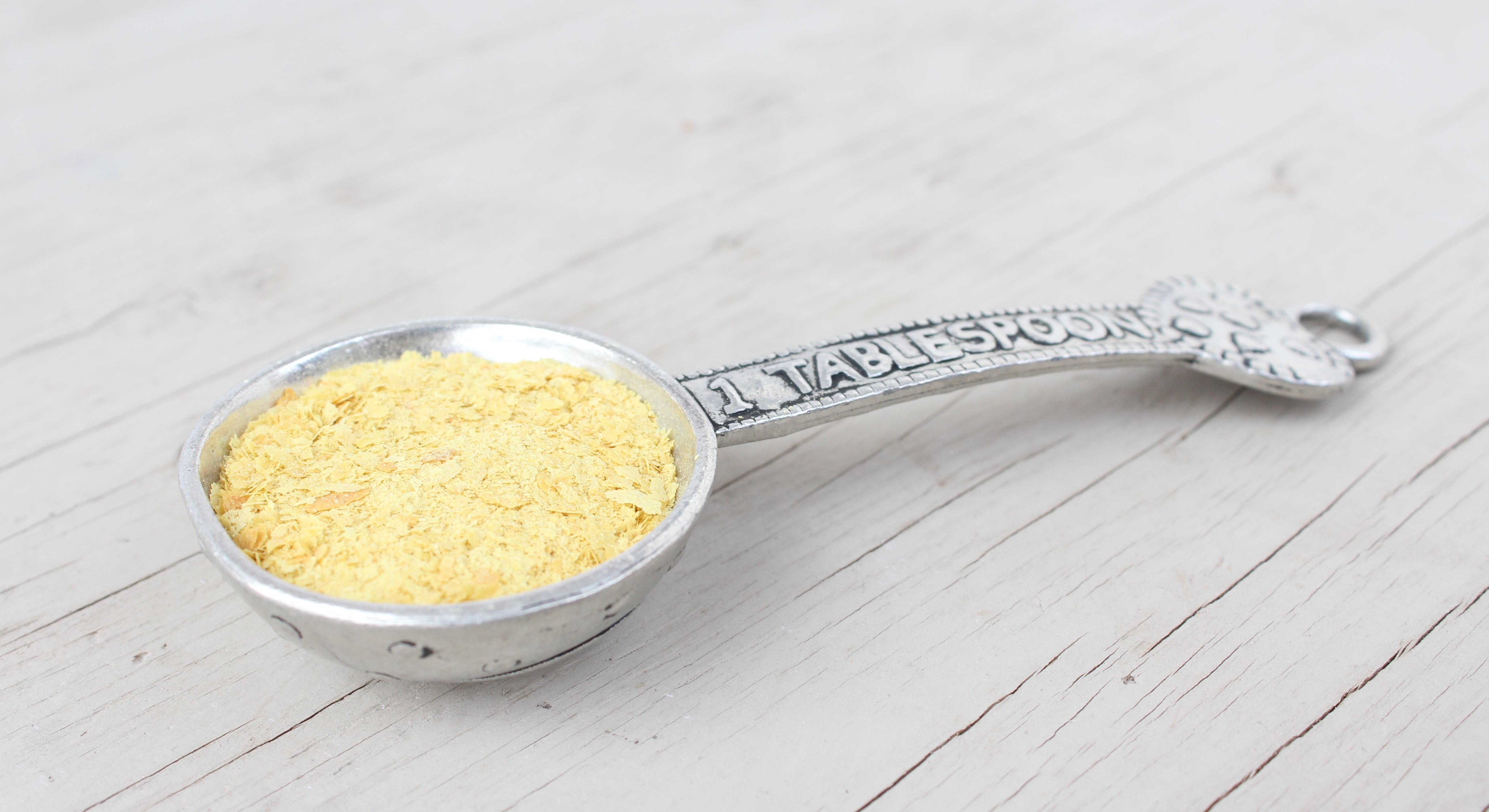 That’s right, nutritional yeast. It’s scientific name is actually Saccharomyces cerevisiae (Try pronouncing that!).  Yeast has been used in food for thousands of years for making breads and beers. However, nutritional yeast is “deactivated” so it won’t make your food rise or do anything funky! Nutritional yeast is commonly used in recipes to replace cheese or give foods an umami taste due to it’s nutty and cheesy flavor. It can be added to sauces and dips, used as a cheese replacer, or even sprinkled on popcorn, salads, or soups.

Add a boost of nutrition to your meals:

Toss some nutritional yeast on your next salad, soup, or pasta dish to start reaping it’s delicious,  nutritional benefits!

NOTE: Per Dr. Greger of Nutritionfacts.org, people with gout, uric acid kidney stones, and new organ transplant may want to limit their use of nutritional yeast due to purines.

Ways to use Nutritional Yeast: