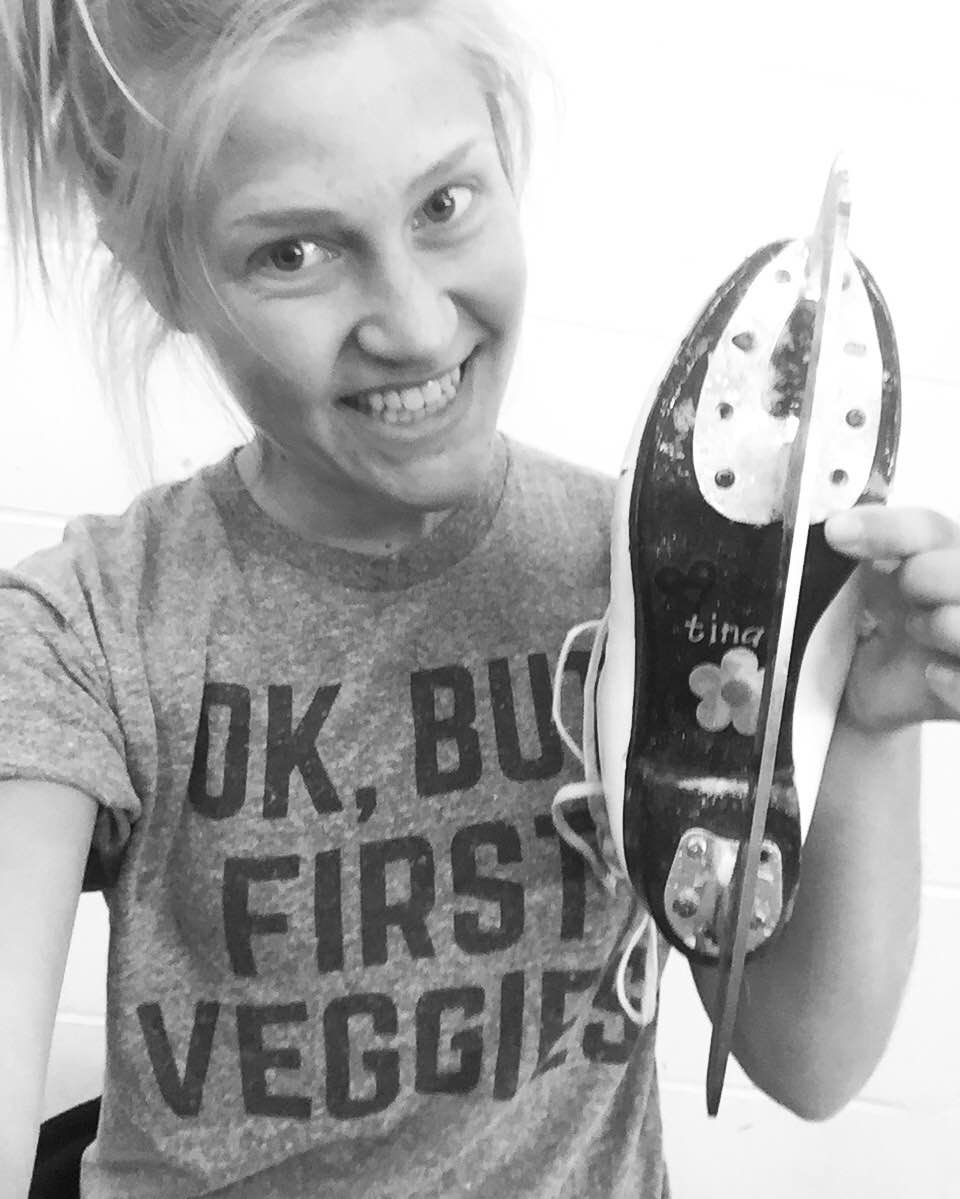 Everyday is a great day for veggies… and yoga, especially yoga on ice! #butfirstveggies

Have you seen these super stinkin cute “Ok, but First Veggies” shirts from The Shop Forward!? I love my shirt and wear it all the time; it’s super comfortable and it promotes eating more veggies. Definitely dietitian approved! Money raised for the shirts is going to support the work of Harvest 107, a non-profit group that is providing nourishment to food insecure communities in Haiti.

Now that is what I call plant-powered! 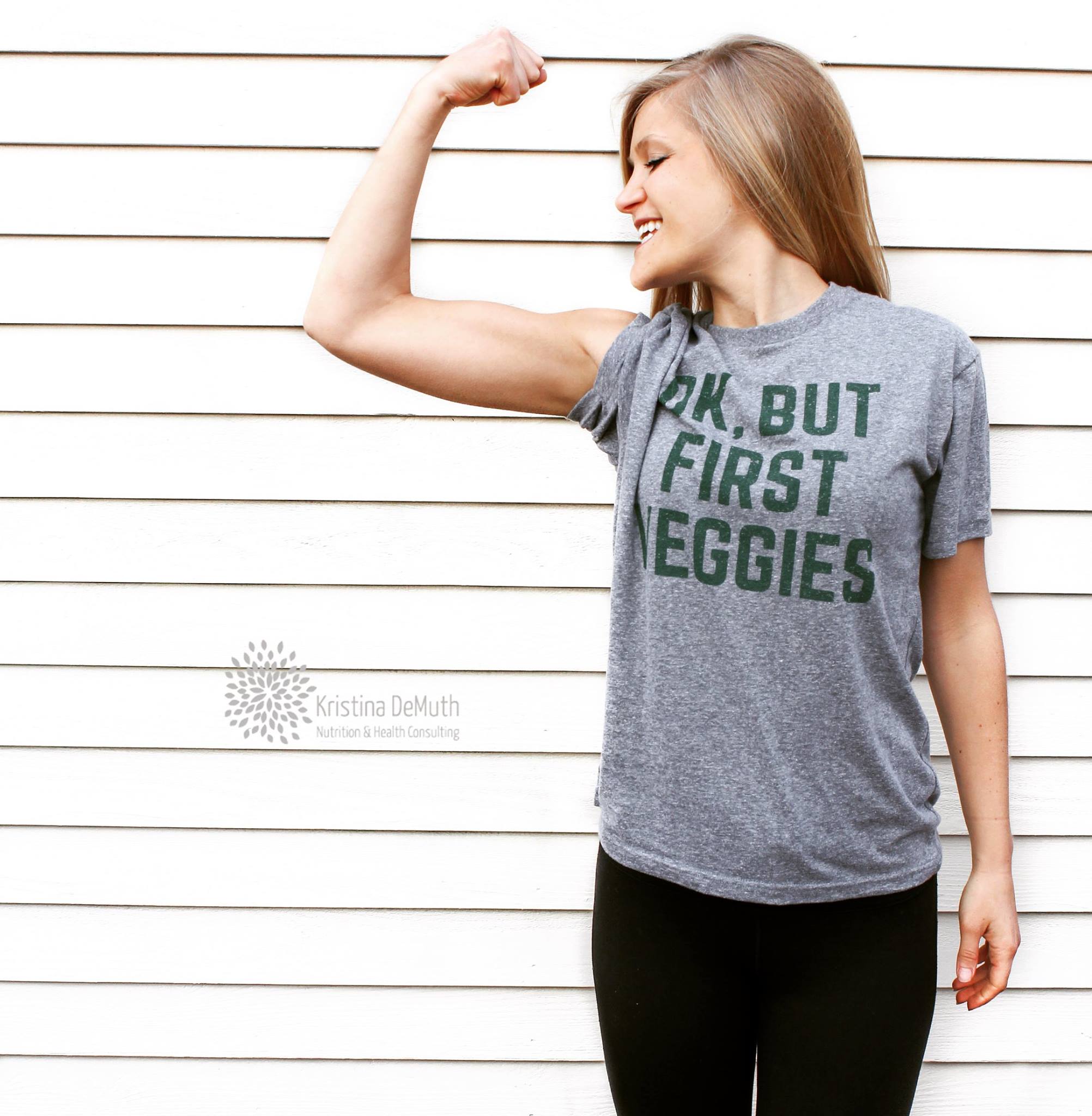 I had the opportunity to meet the Harvest 107 team back in November 2015 on one of my trips to Haiti. I saw firsthand the impacts this group is having on communities and orphanages— and I can’t speak enough of how important their work is. Getting kiddos and communities access to fresh produce is key for optimal health due to micronutrients, phytonutrients, and immune boosting properties found in produce. Plant-foods have the ability to help fight-off diseases and keep a body healthy and strong. Furthermore, getting kids and community members in the garden may have benefits beyond just the nutritious food! Gardening can be a form of physical activity, and may help reduce stress and improve mental health. Gardens can be healing for the mind, body, and spirit.

Plus, it’s fun! Who wouldn’t want to take a break from work or school demands to dig in the dirt, play with water, and see the fruits of your labor!? 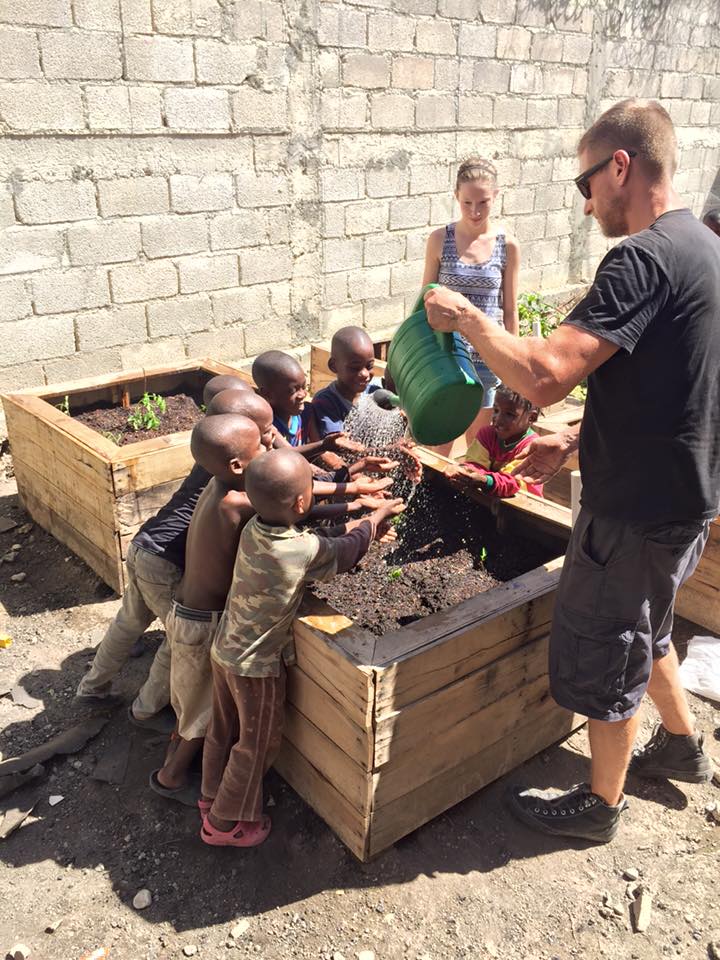 Not only is Harvest 107 starting small micro-gardens at orphanages and communities throughout Haiti, but they recently started an initiative called “Walking with Farmers.” Their agronomy student’s family didn’t have enough money to afford their land— which is a problem among many Haitian farmers. People are leaving their traditional jobs of farming because they can no longer compete with the cheap, imported foods.

In the 90’s, policies were created that helped make imported white rice from the U.S. cheap in Haiti. Haitian rice farmers have had a difficult time competing with the imported rice and donation food. From what I have witnessed in Haiti, many orphanages and missions in Haiti are serving donated food from emergency relief organizations to help cut overhead costs; yet, donated food still comes with hefty fees to ship food to Haiti in large containers. The disadvantages of using emergency food is that it has become a part of the normal meal routine for many children, it takes away an opportunity to boost job creation in Haiti, as well as limiting the exposure of native foods to children.

Don’t get me wrong! There can be a place for food aid and food donations; however, when food donations and aid displaces the need for local farmers and does not include local people in the plan for eliminating a hunger crisis this becomes a social justice issue. Farmers play an important role in helping increase food security, reducing malnutrition, and even helping solve environmental issues.

This is what I love about Harvest 107; they understand this! They understand the need and importance of farmers for solving the hunger crisis. Their efforts to help this family farm are not only through financial support, but also through education and mobilization. Poor infrastructure and lack of good transportation are just a few of the challenges farmers in low income countries face when it comes time to selling food from their farms. Harvest 107 has restored my hope for farmers and for Haiti’s future. 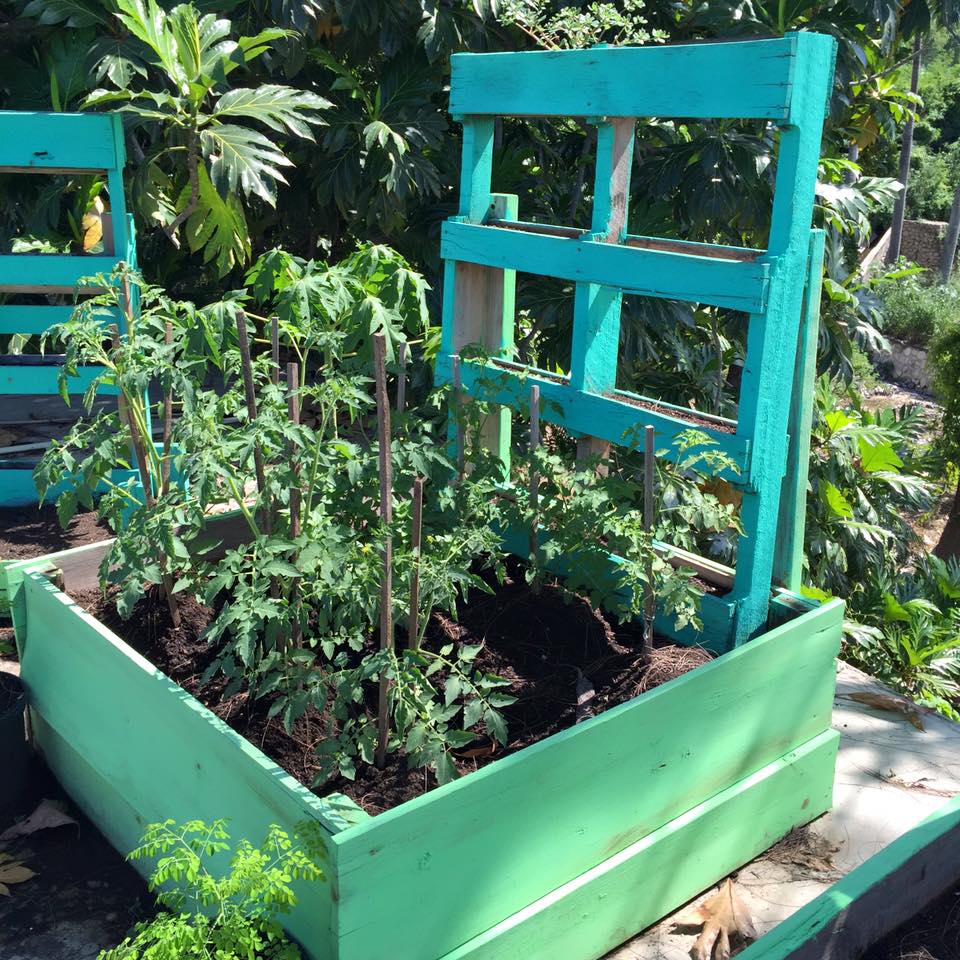 Together, we can all make an impact for farmers, sustainability, and healthy eating everywhere. Simply by buying a shirt or directly donating to Harvest 107 are great ways to make an impact. If you love the shirt, wear it, support veggies, and share your picture on social media with the #okbutfirstveggies to help spread the message.

You can also make a difference by supporting your local farmers, growing a garden, and adopting a plant-based lifestyle. Understanding the benefits these practices have on the local and global community, the environment, and even your own health is so empowering! Our food choices and practices make a difference. Collectively, we can impact the world in a positive way.

A few articles for reading:

The Impact of U.S. Food Aid on Human Rights in Haiti